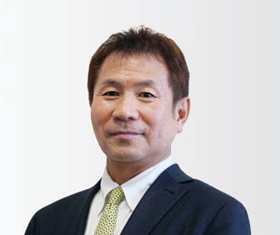 To Our stockholders and Investors Message from the CEO

Allow me first to extend my heartfelt gratitude to our shareholders and investors for your continued support and understanding.
Let me now turn to a discussion on the operating environment of the OUTSOURCING Group and our current efforts.

In Japan, demand for labor has been outstripping supply as the domestic economy continues to recover and, as a result, demand for the OS Group’s placement services among leading Japanese manufacturers, which are the Group’s core clients, has been extremely brisk. While uncertainties increased overseas with the economic slowdown in China, interest rate hikes in the U.S., Brexit and other factors, demand for the overseas businesses in which the OS Group is engaged remained strong.

Until now the OS Group has grown on the back of its mainstay Domestic Manufacturing Outsourcing Business, which also experienced growth in recent years by gaining an advantage over the competitors through the active promotion of solutions to client-makers to cope with revisions to the labor laws, not just simply meeting the demand for increased staff at client factories in response to production hikes. However, since the Domestic Manufacturing Outsourcing Business is highly volatile, in order to achieve a more stable growth platform, the OS Group has been working for some time on strengthening, on a global scale, its business for industry sectors with business cycles different from that of the manufacturing industries as well as for sectors less susceptible to economic fluctuations. In Japan, our outsourcing business for US military base facilities is posting rapid growth. Overseas, the Group’s business for the privatization of public services and public facility operations has grown rapidly through M&A, and over the medium term, the Group aims to establish a tenacious Group structure that can improve performance without being affected at all by economic fluctuations and natural disasters.

As for our Domestic Engineering Outsourcing Business, we are achieving steady growth with regards to recruitment through a program in which inexperienced workers are recruited, are trained at the Group’s KEN School, are assigned to client projects, and then advance their careers to become official engineers one year later. Under this scheme, placement opportunities have been opening up in the transport equipment sector in addition to the IT and the construction industries. The Company has also been actively hiring new graduates, with 400 joining in April 2016 and 700 planned for FY12/17. By actively employing new graduates in addition to its ongoing mid-career recruitment, emphasizing technical training and career development, the Company will engage in expanding its business.

Regarding its Domestic Engineering Outsourcing Business, the Company leveraged its KEN School to increase recruitment and expand business.

In the Domestic Manufacturing Outsourcing Business, earnings were buoyed by the robust overall domestic production as well as by the PEO Scheme, which enabled the Company to respond to and optimally meet the needs of makers to convert from directly hired fixed-term contract employees to dispatched employees.

For the Domestic Service Operations Outsourcing Business, new businesses for the US military bases and convenience stores were launched in FY12/15 as businesses that are less susceptible to economic fluctuations. These businesses grew and turned profitable, in addition to helping to stabilize the overall earnings.

As to the Overseas Engineering Outsourcing Business and the Overseas Manufacturing and Service Operations Outsourcing Business, subsidiaries in the countries in which the Group entered in FY12/15 contributed to the results. Moreover, the Group increased its subsidiaries in Australia, Malaysia, the U.K. and Germany, and largely expanded the operating regions and business operations.

Regarding the expenses, due to a revised accounting standard, advisory fees and due diligence fees associated with M&A that had been booked as goodwill through FY12/15 were written off as a one-time consolidated expense of ¥1,476 million. Also, these expenses were not accounted for in the calculation of tax, resulting in a large negative impact on the net profit attributable to owners of the parent.

On July 29, 2016, the OS Group announced its new Medium-Term Management Plan (FY12/17-FY12/20), with the stated aim of evolving into a tenacious and resilient company capable of overcoming any environmental challenges surrounding its business. A partial upward revision was later made to the numerical targets of this plan on December 14, 2016, since the strategy of expanding business operations through M&A made progress far above expectations.

In FY12/16, the Company’s total global M&A investment exceeded ¥43.0 billion, resulting in a steady progress of the Company’s growth strategy. However, borrowings also increased as a result. In making progress with the Medium-Term Management Plan going forward, the Company is currently in the process of raising an estimated ¥9.8 billion through third party allotment since January 2017, thus striking a better balance between business growth and the fortification and enhancement of its financial position, as well as preparing the foundation to advance its businesses to the next level from FY12/17 onward.

In FY12/17, the Company will develop a corporate governance system and a business structure for the newly acquired overseas Group companies, in order to generate cash flow in full swing.

A major boost in FY12/17 earnings is expected not only due to the one-off expenses related to M&A acquisitions posted in FY12/16 no longer being on the books, but also because of the Company’s transition to the IFRS (International Financial Reporting Standards) accounting system resulting in a bulk of the goodwill amortization expense that arose in FY12/16 no longer being amortized.

We would greatly appreciate your continued support of the OS Group as we continue to venture into new growth opportunities.